Think with Google utilizes their UX research to educate and help people design smart user experiences for their customers. I helped the team bring the principles to life by creating several design assets to illustrate each principle. The final result was a learning tool for app creators and a live presentation at Google I/O 2016.

View on Think with Google 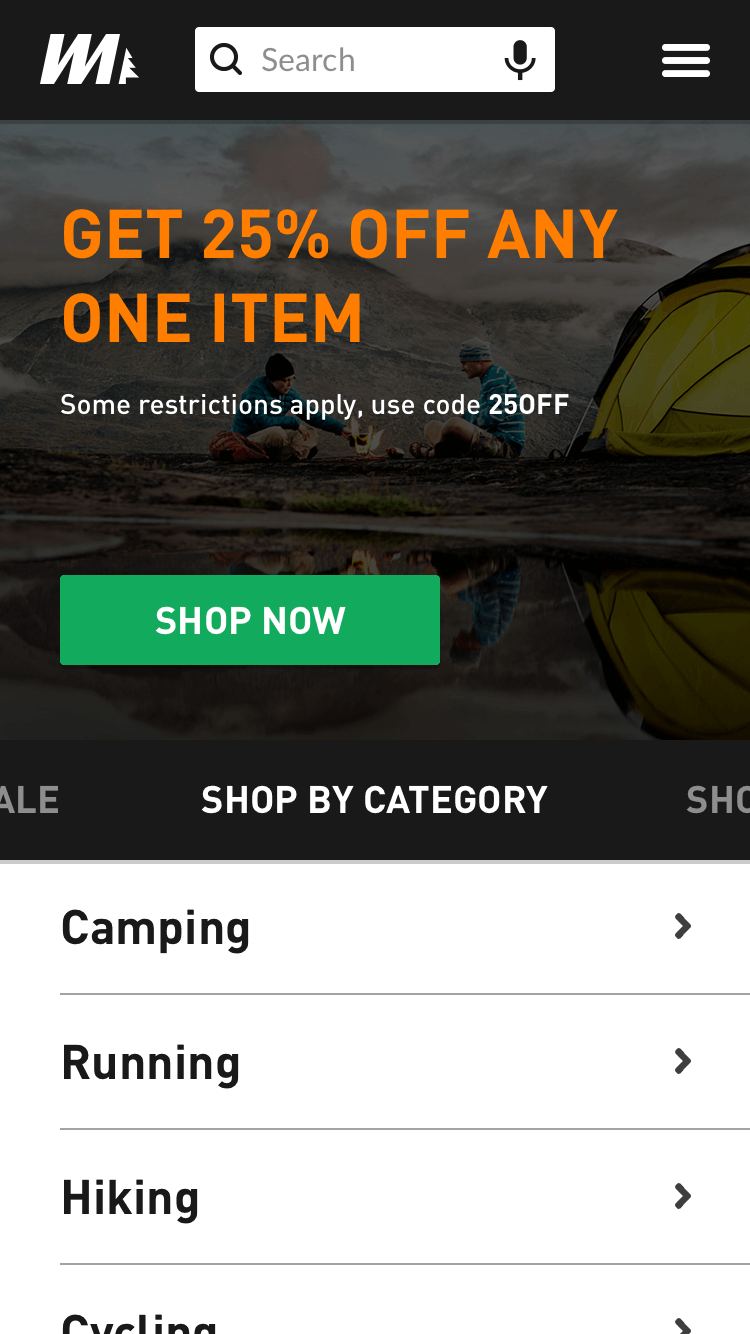 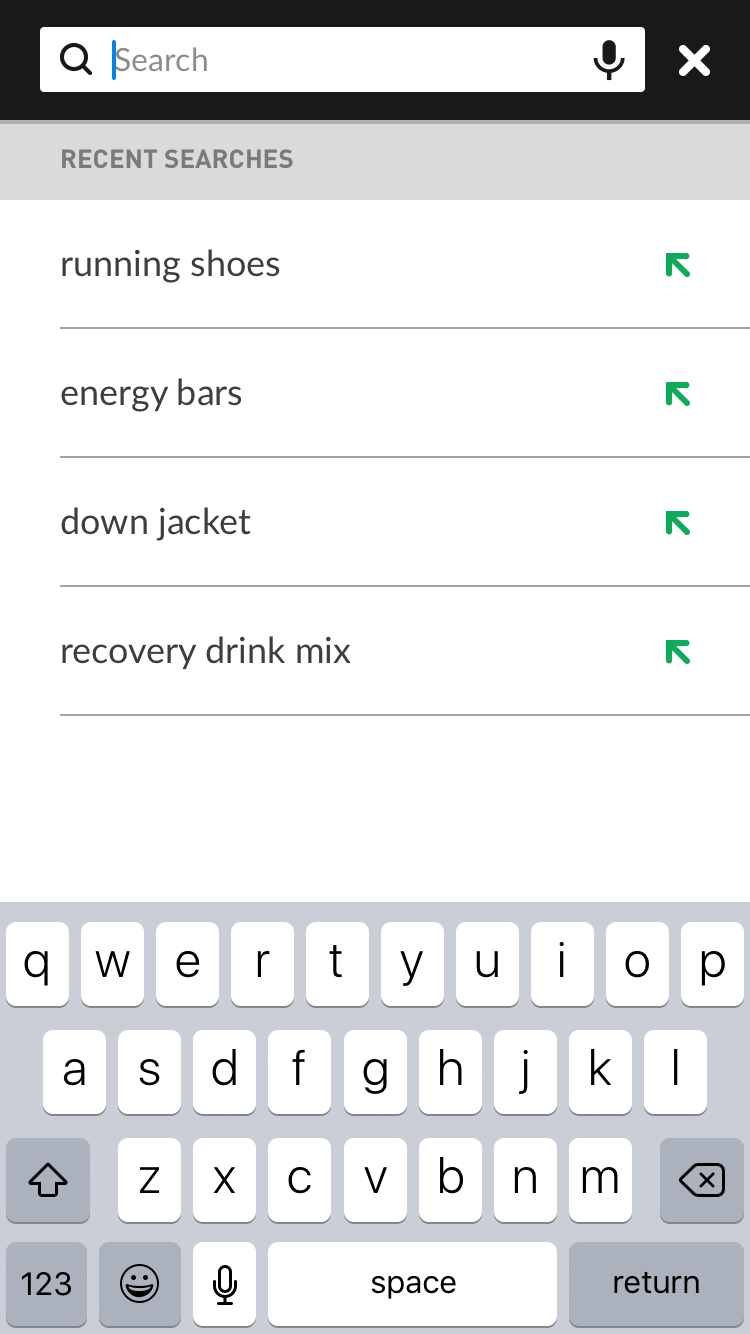 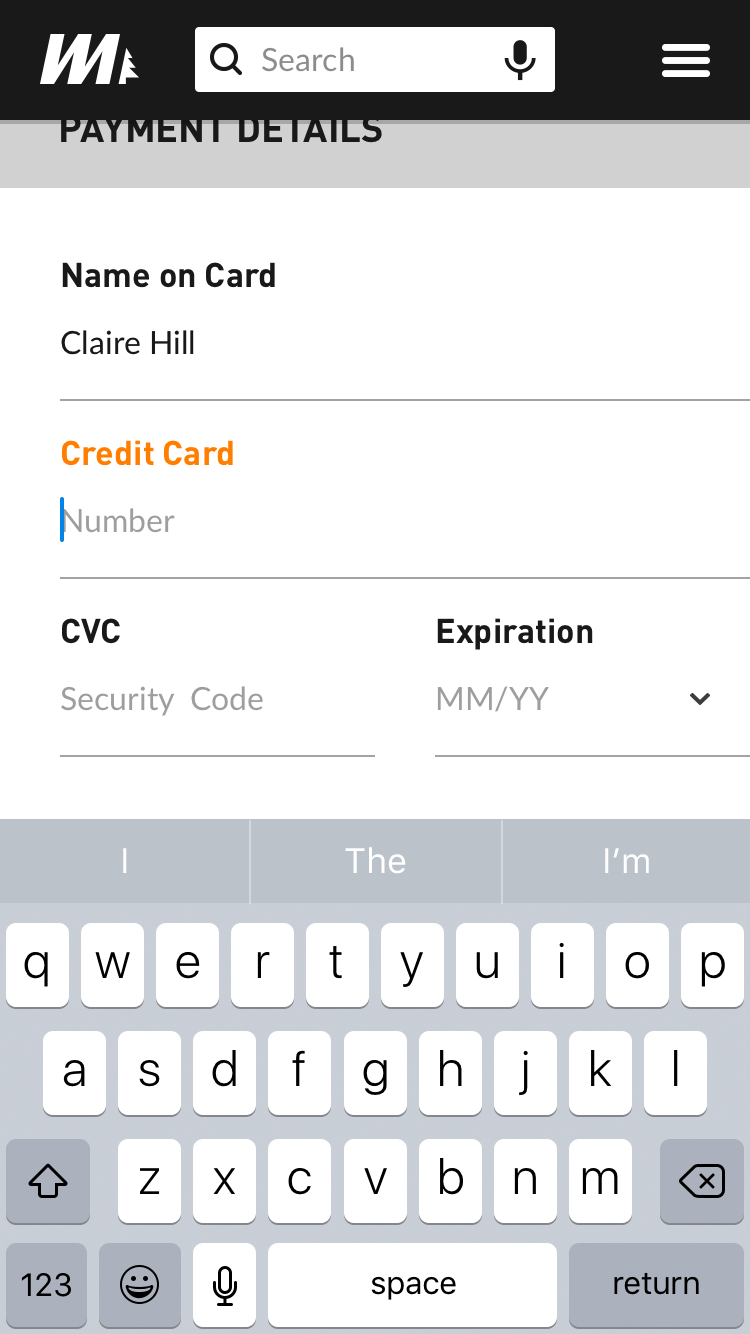 Each principle had at least one positive and negative example that needed to be easily identified within a given app screen. Even though principles were often unrelated, it was in my best interest to keep things consistent across each app, as if I were building it for real. In the end, I had produced several "mini flows". 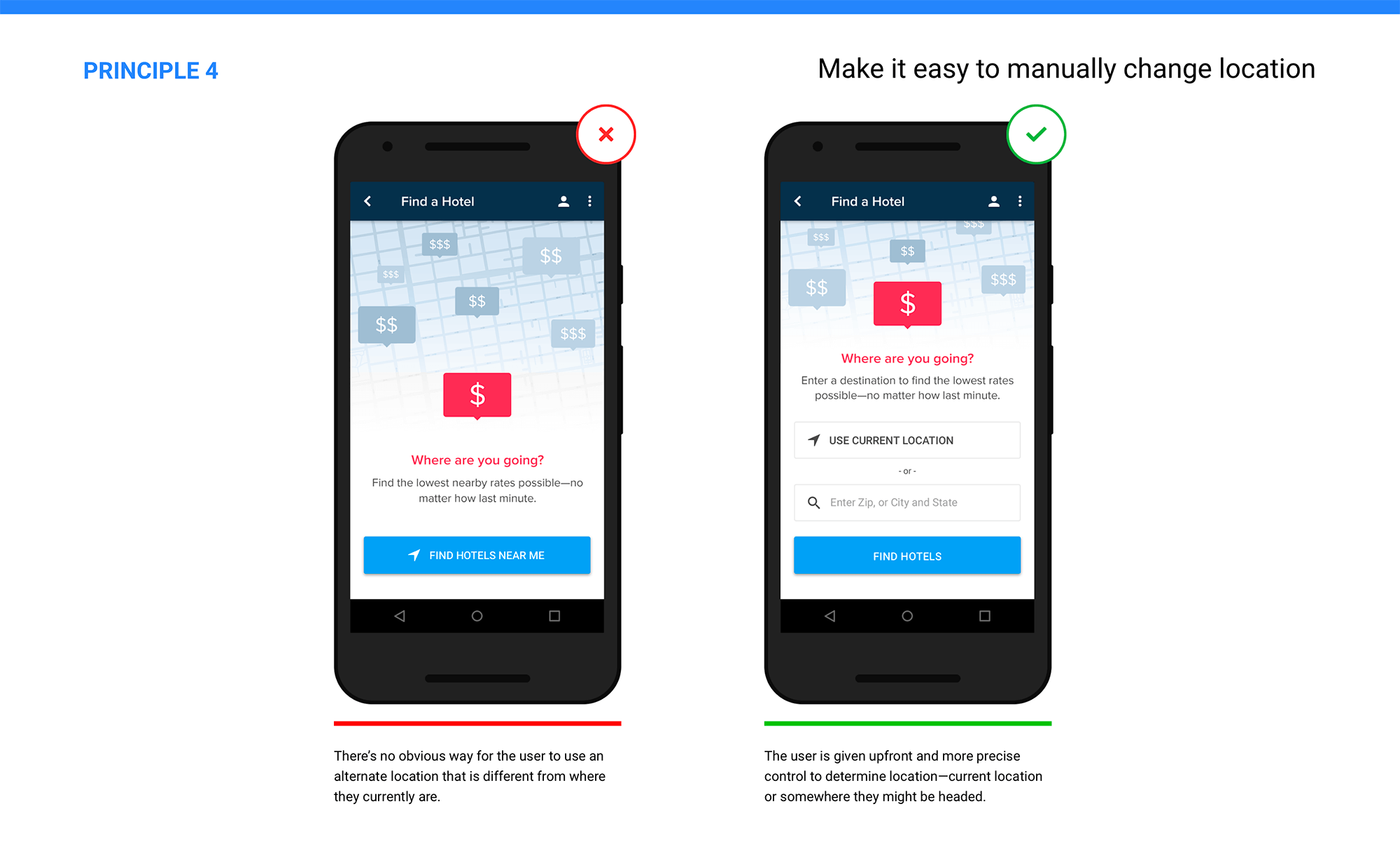 The easiest way for me to have rapid feedback loops with the TWG team was to iterate within a working Google slide deck. 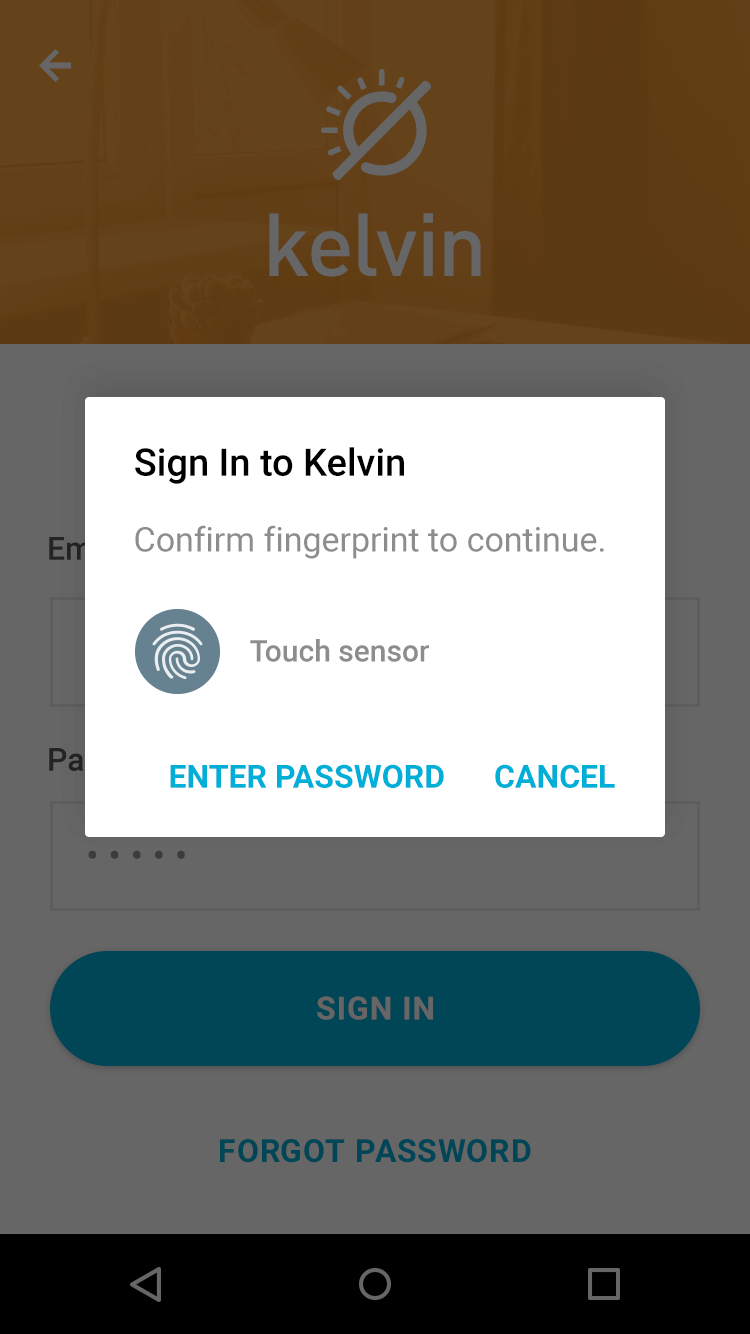 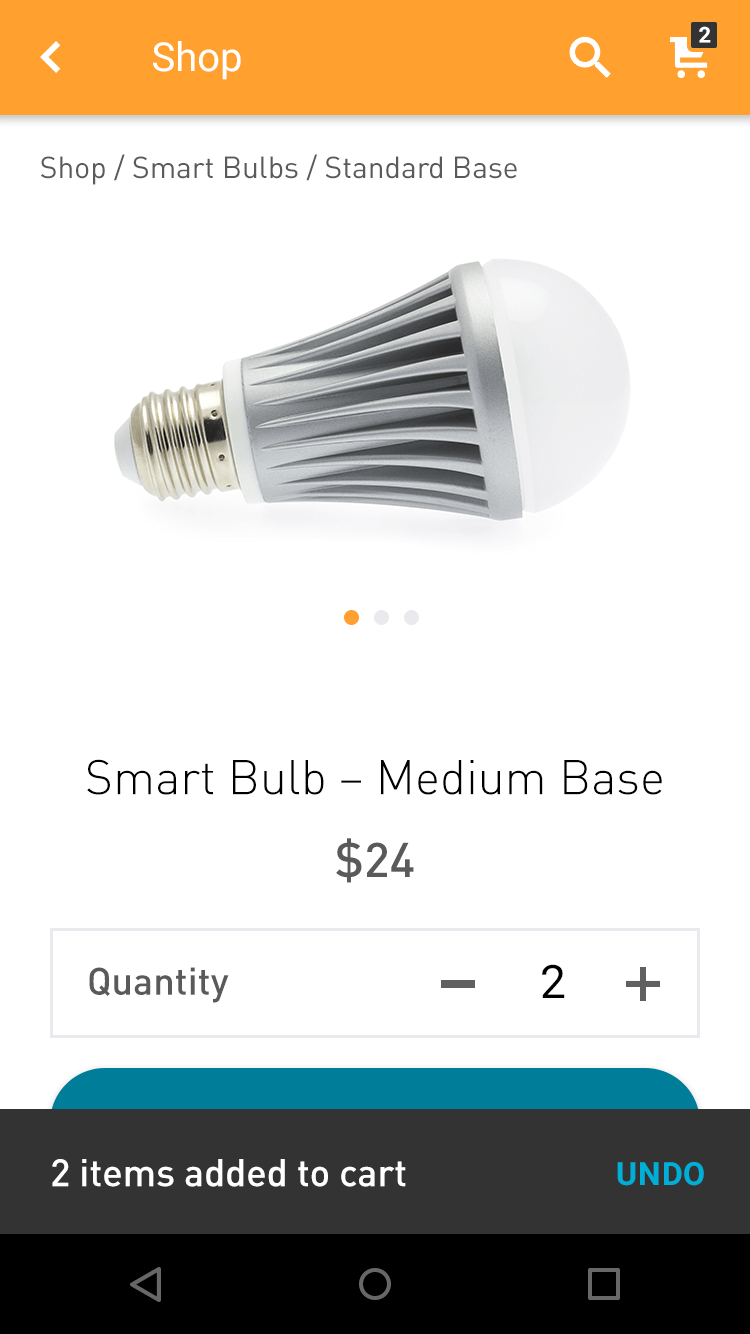 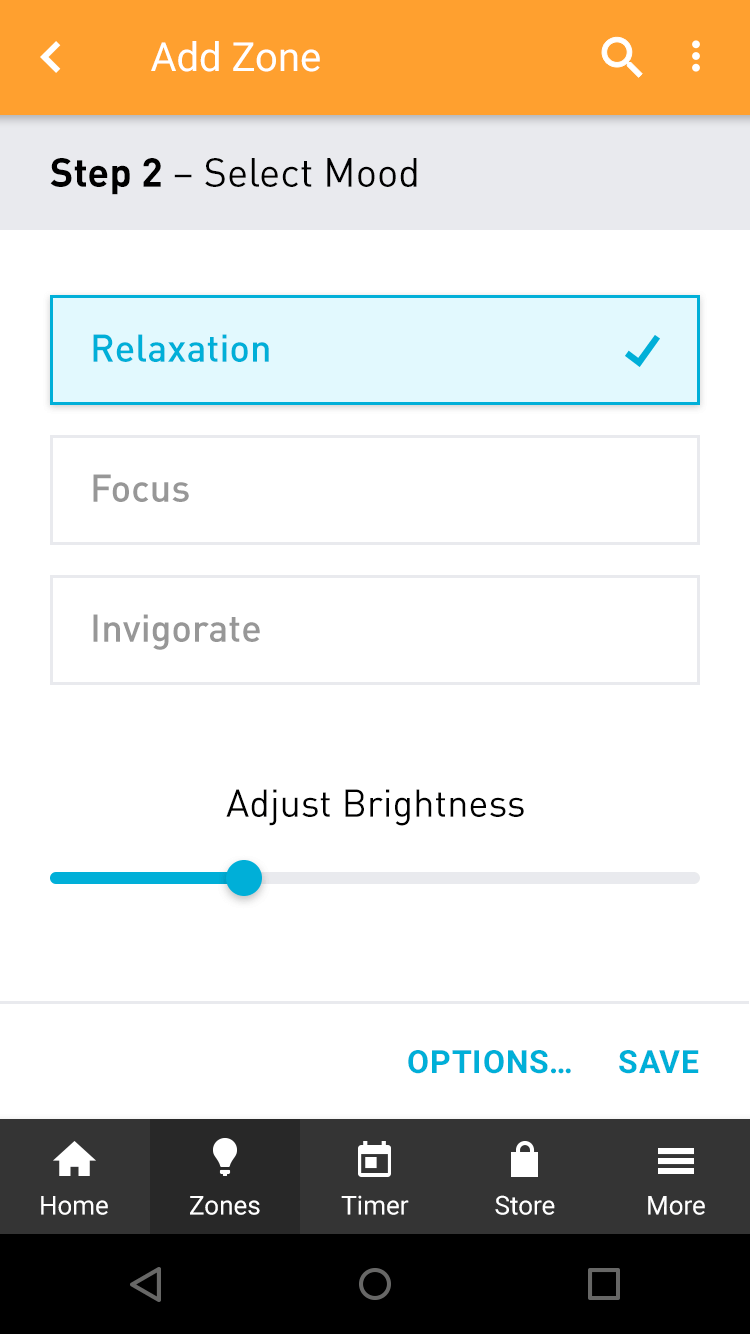 One of my primary decisions was determining the ideal design fidelity. I needed to create screens that felt realistic, but were also simple enough to easily communicate each principle.

I worked directly with Jenny Gove, a Senior UX Researcher at Google, throughout the project. She presented the principles at I/O 2016 using the visual design assets I created. If you're low on time, my work is shown around the 14:15 mark and forward in the video.

This project is private. If you'd like to see the rest of my thinking and process, send me a message! I'd be happy to walk you through it. 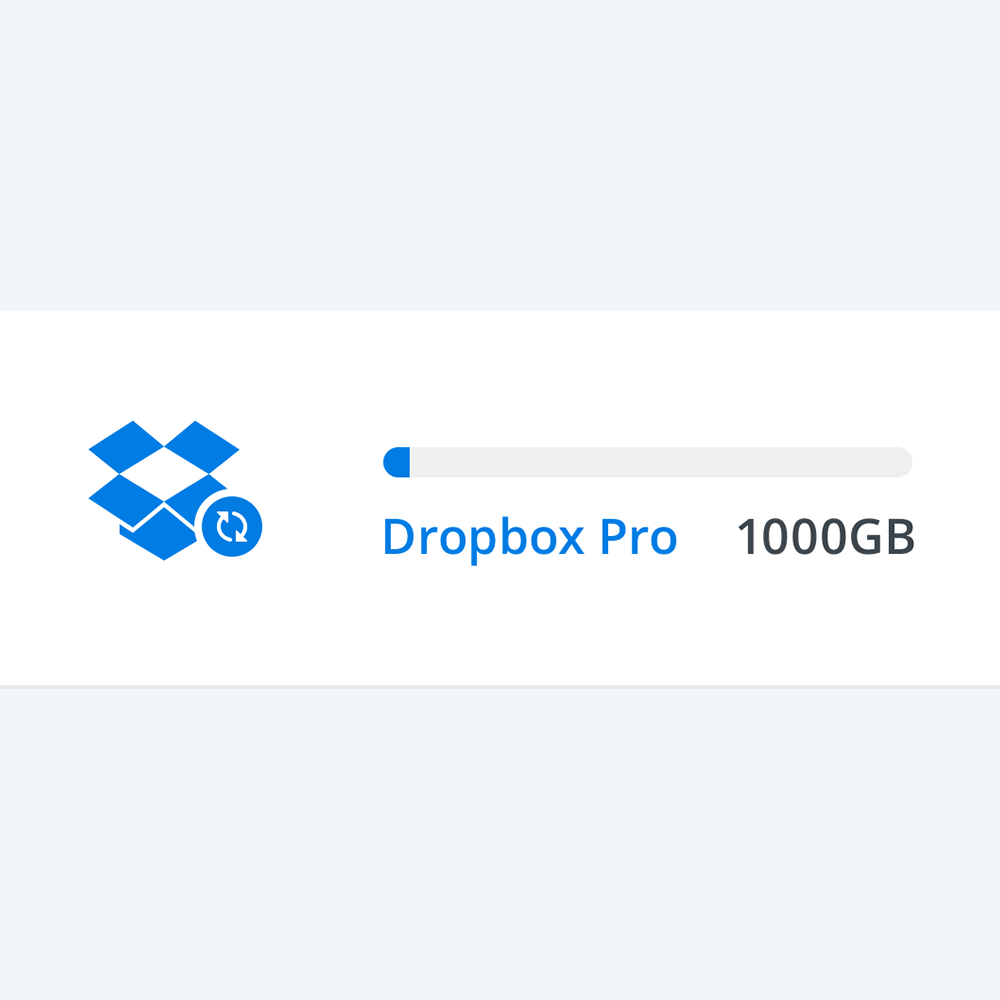 An outside the box narrative concept for Dropbox's upgrade page to increase user engagement. 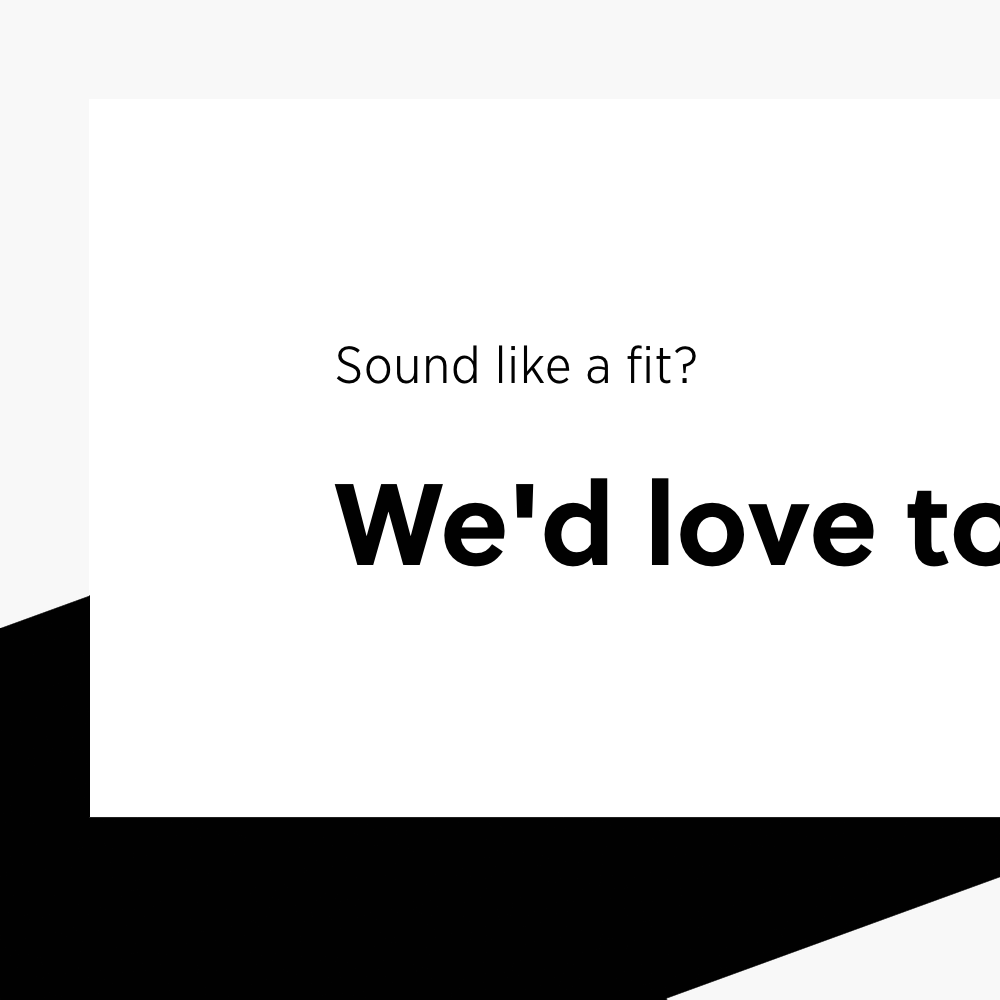 A re-invisioning of Octopus, a product design studio, to elevate its position as a leader in the industry.

Better days are ahead